154CM Steel Review: Is it a Good Knife Steel?

154CM knife steel is one of the oldest steel variants available in the market. With a long, rich history spanning over a few decades, it ranks among the widely used steels for making a variety of knives, ranging right from small folders to big fixed ones.

154 CM steel has been used as a high-end steel variant. Still, it is essential to know how this steel performs in terms of resistance to corrosion, edge retention, and toughness. 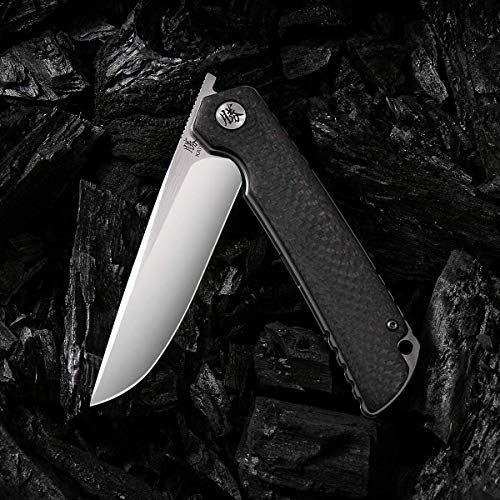 154CM is a high-carbon, high-alloy, futuristic stainless steel made in America by Crucible Industries. It surfaced to fulfill the need for steel in applications that involve producing higher temperatures. This was where 52100 steel was proving to be inapt. However, 154 CM is not the initial replacement of 52100.

Indeed, it is usually tagged as a modified 440C version, chiefly distinguished by the inclusion of molybdenum. It is ideal for those who require a steel variant with better wear and corrosion resistance and more hardness than 52100.

The letters CM in the steel represents Climax Molybdenum, which is the name of a company that made the steel for the first time and then sold it to Crucible. The digits simply have no genuine interpretation.

Initially, 154CM was made for making the components of jet engine turbines. Since the 1970s it has been used widely for making knife blades.

After some time, Crucible manufacturers somehow ceased using the vacuum-melted process while producing this steel. This resulted in inferior quality. Then many knife makers started using ATS-34, a Japanese equivalent of 154 CM. Later, Crucible began its production again and then came up with a CPM form, CPM 154.

154CM and CPM 154 are not the same, although they share many common aspects. Structurally, CPM154 is a powder steel form of the former.

154CM has enough chromium due to which it is a type of stainless steel having a high share of carbon and molybdenum. Following are the various elements of which this steel is made up of:

This composition is similar to that of many other high-carbon stainless steel variants made around the era of the second world war. Only a few minor differences exist to get rid of patent problems.

Due to more carbon, vanadium, and chromium content, 154CM boasts a rating of 58-61 on the Rockwell hardness scale. This makes it quite harder than several other stainless-steel options. As a result, it retains a sharp edge for much longer than these steel variants. The level of toughness goes up when this steel is double-tempered. 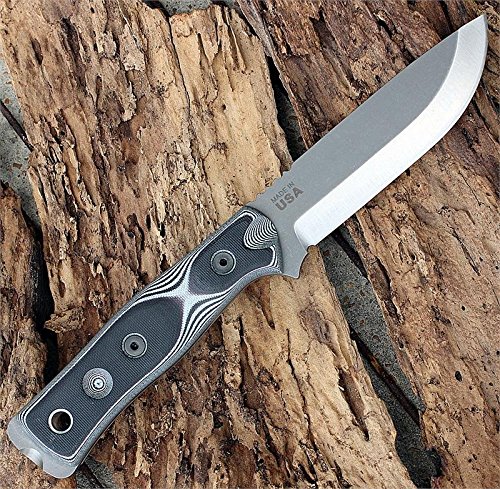 The chemical composition of this steel contributes to its properties. Following are its most significant properties that you can expect from 154CM steel on sale:

154 CM vs Other Knife Steel Options

The latter is another martensitic form of stainless steel from the company that also produces 154 CM. Formally, it is called CPM S30V, as it is powder-made.

As S30V is super steel, its performance is better than 154CM. S30V is harder and retains a sharp edge better. It is also better at corrosion resistance. However, S30V is more expensive. Still, depending on the heat treatment, S30V may come at affordable prices. The latter is the closest steel variant, as it is a modified form of 154CM. It is alleged that 440C was the starting point for the preparation of 154CM as a 52100 alternative. Both these steel variants are almost close when it comes to all main properties.

Nevertheless, 440C has more chromium, while 154CM has more molybdenum. This balances the hardness and corrosion resistance equation for both. Both are quite similar steel variants. However, CPM 154 is a modern form of 154CM. It resolves a few issues of 154 CM, especially at the time of polishing. With the chemical composition of CPM154, it is easier to polish and finish. With heat treatment, the CPM version is likely to give you better quality and performance.

CPM 154 is better in terms of edge retention ability, while both scores the same for other properties.

Both these steel variants differ significantly in composition. Although tougher and easier to sharpen, 1095 is susceptible to rust and corrosion, because of no chromium content. The latter is also a mid-range, semi-stainless steel, which is admired for its hardness, edge sustenance, and wear resistance. However, when it comes to price, D2 is costlier. However, 154CM is better at resisting rust and corrosion and easy to sharpen. But D2 wins in terms of toughness and edge retention. The latter is a famous kitchen knife steel. Both are quite similar but have trivial differences in composition, especially in their chromium and carbon proportions. This makes VG10 somewhat a better option for those who want better corrosion resistance as well as ease of sharpening. Here are a few top knives made of 154 CM steel.

Yes, with its durability, excellent wear resistance, and a good level of toughness and hardness. It is also a mid-range option hence attracts those who are ready to invest moderately on a knife that they will use heavily.