Michael Myers has gained notoriety as one of the most prolific killers in the world of Hollywood films. Starring in the Halloween series, the character has returned so many times that people already know what to expect from the movie. There is blood everywhere, lots of stabbings, and gruesome murders out of nowhere. Chances are once you watch a movie in the franchise, you will want to binge the rest of the series.

The kitchen knife is an iconic piece of this movie. Along with Michael Myers, his knife is the most famous weapon in any of the installments. The character is often seen grabbing the knife from all kinds of random places. Other times, he is simply seen holding the knife. Here are the knives Michael Myers used in the Halloween movie series.

The first movie in the franchise did not give the kitchen knife so much notoriety. It took a few different movies for the knife to become such an important element in Michael Myers’ portfolio. The initial movie brought in a classic W.R. Case 102-12 knife. The knife may still be available in commerce today, yet it is hard to find. It is no longer being produced, yet you can find replicas or plastic imitations.

The second installment of the franchise came out in 1981 and brought in two different knives. The Elrod knife could not be identified by the fans of the series, but the schoolhouse knife was easy to verify. Producers gave Michael Myers a Victorinox Forschner slicing knife. While there are a few slicing knives made by Victorinox out there, the one used back then is no longer in production.

Halloween 4 saw an updated version of the kitchen knife. Quite large, this Michael Myers knife was a massive Friedr Herder Abr Sohn Solingen Germany chef knife. There are many varieties of this knife out there. The one in the movie had a 10.25-inch blade. The one in the movie is out of production. The fifth release of the franchise brought in the same knife. However, since it came out later, the knife was a bit upgraded, so it looked slightly different. 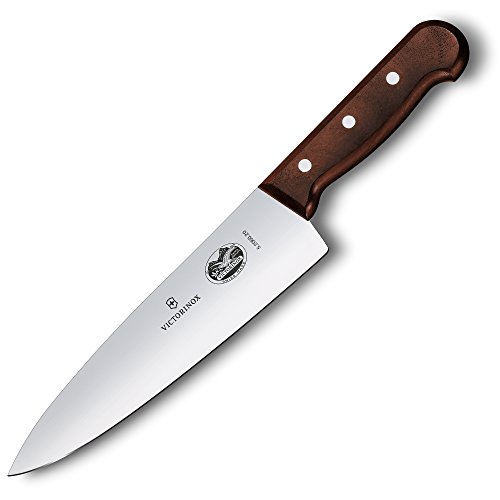 Halloween: The Curse of Michael Myers was long-awaited, but it was totally worth it. The knife in this movie looked a bit smaller than what the fans were used to. The Halloween knife was a Victorinox Forschner model of eight inches in length. It had a rosewood handle. 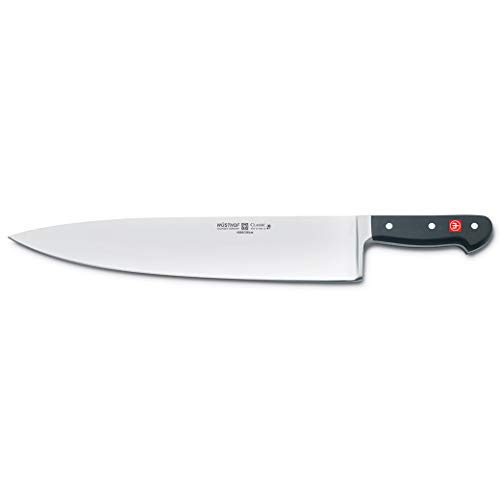 Halloween H20: Twenty Years Later obviously brought a completely different unit – newer times, larger knives. The weapon of choice – The Wusthof chef knife had a blade measuring 14 inches.  Something similar by Wusthof can be found in commerce, yet it has had a few upgrades since the movie came out.

Halloween: Resurrection – It was a similar knife to the one used in Halloween: The Curse of Michael Myers. The knife had already been through a few upgrades, so it looked slightly different, yet larger. This Victorinox Forschner had a 12-inch blade and a beautiful rosewood handle.

The 2007 Halloween release started all over – new scripts, new actors, new ideas, but the same experience of blood and terror. The movie featured two different knives, and each of them stood out through its performance. One of Michael Myers’ victims was attacked with a 10 inch Victorinox Forschner unit featuring a rosewood handle. During the same movie, you will see him using a similar model, only the length of the blade was 12 inches.

The same knife with slight upgrades from the manufacturer was used in Halloween II from 2009, yet you will also see something unusual in this release. The producers also brought in a custom bowie knife. It was specifically created for this movie, yet it was a replica of the Hunters Companion Bowie Knife – slight differences. 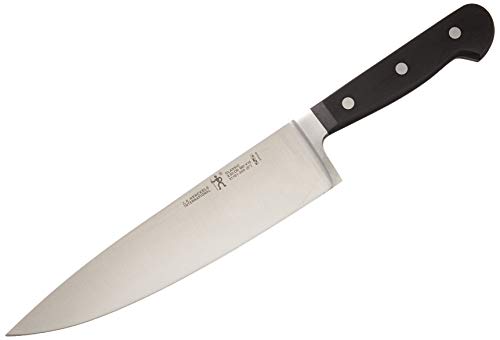 Finally, the last release from 2018 followed a relatively new trend in the series – more than one knife in a single movie. The 2018 release brings in two different choices. You may have recognized the J.A. Henckels International 8-inch chef knife.

But at the same time, the same movie features a vintage knife as well. The REX chef knife. It has a 12-inch blade. Since it is vintage, finding something similar for sale could be a bit challenging.

These days, fans are anxiously waiting to see what kind of adventures their favorite murderer will go through. Those who like small details will be eager to identify the knife used in the next installment.