12C27 is a classic Sandvik steel grade widely used to make various outdoor knives. For example, knifemakers like Russ Kommer and Robert David prefer this steel. Similarly, many knives from Ka-Bar, Columbia River, and Gerber are made using this steel. 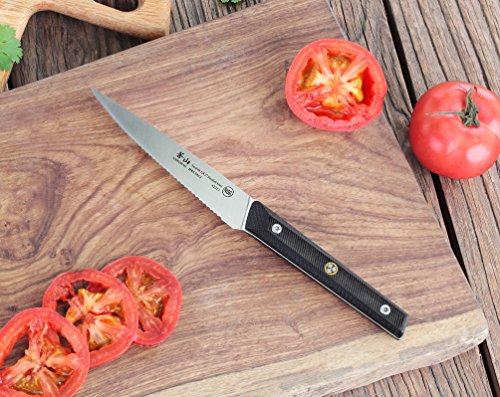 This Swedish steel is popular in the American knife market for its great corrosion resistance, high hardness, decent edge retention, and moderate wear resistance at an affordable cost. This Swedish steel is widely used to make tactical, camping, hunting, pocket, fishing, and high-end chef knives. It is also used to make skate blades and ice drills.

This Sandvik steel is stainless. Following are the elements that make up this Swedish steel:

On the Rockwell C scale of hardness, the Sandvik 12C27 stainless steel gains a rating between 54 and 61 HRC. The exact value varies as per the implemented heat treatment. Still, the given range indicates high hardness. A value above 59 HRC is considered hard. 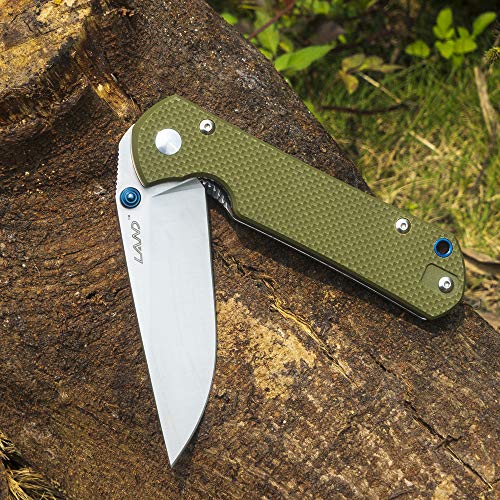 D2 is admired for its ability to hold an edge exceptionally well and resist wear tremendously when used in various applications. Many knife fans consider it to be the king of wear resistance. The reason behind such exceptional abilities is its high hardness.

Even 12C27 retains a sharp edge and keeps wear away, but not as great as D2. On the flip side, it is easier to sharpen the Swedish steel. It is also easier to work with the Swedish steel too. Moreover, it is cheaper to make 12C27 due to its fewer alloying elements and is better at corrosion resistance.

The Chinese steel has additional elements such as vanadium, nickel, and molybdenum, absent in 12C27. This means it gets an edge over the Swedish steel in hardness, toughness, and sharpness. However, it is not a good option for resisting corrosion on the flip side.

12C27 is harder than 440C due to more carbon content, which means that the latter is easier to work with. It also means that 440C is tougher than the Sandvik steel. Although both options offer reliable edge retention, the Swedish steel gets an edge here.

The higher chromium content makes 440C superior to the Sandvik steel in anti-corrosion properties. Moreover, 440C knives are more affordable and attractive due to the mirror finish.

420HC has less carbon content, due to which 12C27 seems to be harder. This means it retains a sharp edge for a longer time than 420HC. However, the presence of vanadium makes 420HC superior to the Swedish steel when it comes to wear resistance performance.

On the flip side, it is easier to sharpen a 420HC blade than this Sandvik blade. Both grades, though, have similar power to resist corrosion and are for buyers on a budget.

VG10 is harder, provides better wear resistance and edge retention, and depicts more corrosion resistance. However, it isn’t easy to sharpen a VG10 blade on the flip side compared to a 12C27 blade. Further, VG10 is brittle, which means that its edge will chip if used on hard surfaces. Above all, VG10 knives are more expensive.

S30V is a high-end option. The vanadium and carbon contents in S30V make it win over 12C27 in edge retention. On the other hand, Swedish steel is easier to sharpen and is more economical than S30V.

Yes! Sandvik 12C27 stainless steel is durable enough to endure a lot of abuse during heavy use. In addition, it is resistant to corrosion, holds a sharp edge well when put to regular use, is easy to sharpen, and is affordable.