Whether you have a nice set of knives or you only rely on one, having a sharpener can seriously prevent lots of frustration in the long run. Knives tend to get dull over time. They might be razor-sharp when you get them, but with time, their sharpness fades. While a sharpener is by far the best way to keep your knives fully functional, not everyone has one. What do you do when an unexpected situation arises then?

Fortunately, there are a few ways to sharpen a knife without a sharpener. 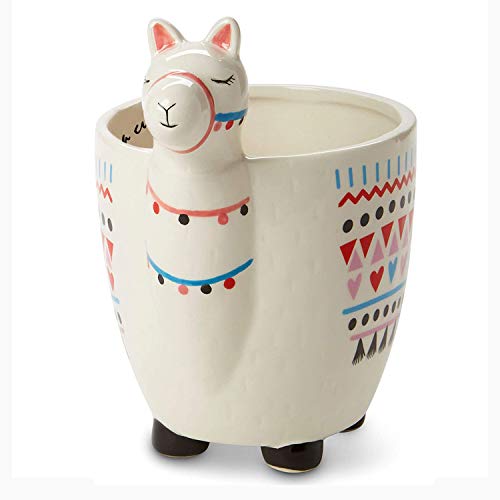 If you are into lifestyle hacks and DIY tips and tricks, you may already know it – an everyday item like a coffee mug will be able to sharpen your knife without too much hassle. Most coffee mugs are polished. However, one side is rough – the circle at the bottom of the cup. This is the area that touches the table. Most mugs tend to be built like this, but it is not a general rule. This surface could be fine, medium or coarse grit sharpening stone.

First, find an old mug with a rough surface on the bottom. If it is polished, this trick will not work. Place it upside down on the table and make sure you hold it tightly – ideally, the surface should not be too slippery. If it is, just throw a cutting board under it. Grab the knife that needs sharpening and stroke the full length of each side. You should maintain the same angle throughout this movement – usually about 10 degrees.

Keep alternating between one side the other. Do it for a few minutes, then give the knife a try. If it is not sharp enough, you can keep doing it for another few minutes. Try the knife again. Make sure you do both sides at the right angle. It is worth noting that you can also use ceramic bowls or plates, as some of them are built in the same manner – polished, but with a rough surface at the bottom. 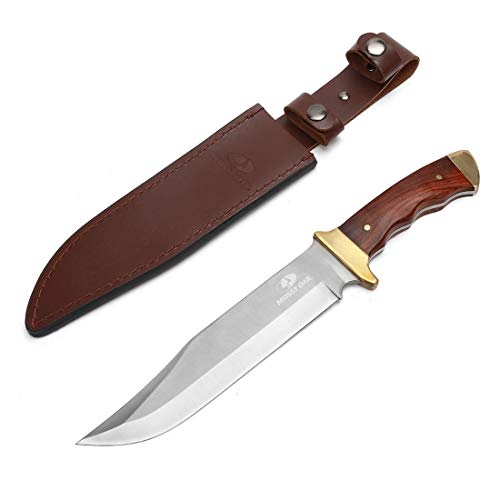 You can sharpen a knife without a sharpener by using another knife as well. Both knives should be relatively dull, and they can sharpen each other. Some experts disagree with this option, but only because most people do it wrongly. They use the sharp edge of a blade to sharpen another sharp edge – a bad idea. Instead, you have to use the back of a knife and the edge of another.

Hold the dull knife, then place the back edge of the other knife on its sharp edge. It should be at a 10-degree angle. Start stroking the dull knife in a direction away from you. Make sure you keep the right angle throughout the entire movement. Flip it around and perform the same movement for the other side of the edge. You can alternate and repeat – the same amount of strokes for each side.

There are more ways to sharpen a knife this way. The movement is irrelevant. Just make sure the angle is right, and you use one sharp edge (the dull knife) and the back of the edge (the sharpening knife). Once you got these covered, you can then choose any position for the knives – whatever feels comfortable for you.

It sounds a bit unusual, but a car window can do a pretty good job. It does not work for all windows, though. Many cars have a rough edge. Put the window down, but leave some of the glass out. Touch the surface – is it rough? It can be done then. Is it soft? Not possible. This is not the most efficient option on a camping trip, but it can help if you are taking a road trip in the middle of nowhere or you are at home.

So, what do you need to do? Open the window halfway. The blade should face away from you. Place it on the edge of the window at a 10-degree angle. The movement is simple – move towards the inside of the car if you are outside. Just do it away from you.

Cover the whole side of the blade with one movement, then flip the knife and do the same for the other side. You can drag towards you for the second movement, so rotate after the first movement and before the second one. Repeat the process until the edge is sharp enough.

You do not have to break a bottle for it. Instead, you can cut it – use a glass cutter or other DIY techniques. Once you get a rough edge, you can place the knife at a 10-degree angle on that edge. Stroke away from you, flip it, then stroke towards you.

An empty jar – usually a jam one – may also have a rough edge, so it makes a good alternative. What matters is keeping the knife at the right angle and performing the same number of strokes on each side. 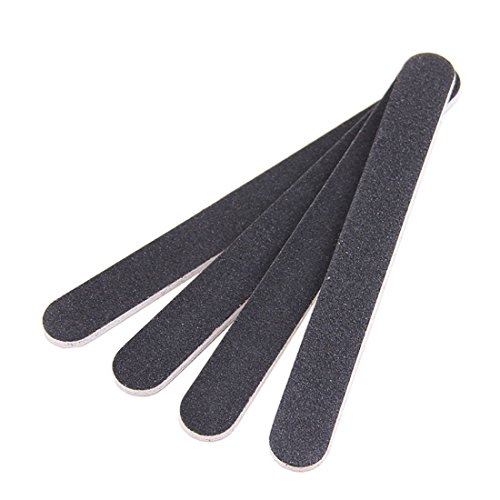 The nail file is another common solution to sharpen a knife without a sharpener. Nail files are rough and can be just as efficient as coffee mugs or actual sharpeners.

Place the nail file on a solid surface. It could be your table or perhaps a rock. Never do it while holding it in the air. More importantly, avoid doing it on your knees. Not only do you risk cutting yourself, but there are some essential arteries in the thighs.

Grab the knife, throw it at a 10-degree angle on the rough surface of the file, and get to work. The blade should be directed away. Stroke away and cover the full surface at the same angle. Flip at the end, then bring the knife towards you. Keep doing it until your knife is sharp enough.

A sharpening stone is a better idea, but you can also use a flat rock for maximum efficiency. The method is quite practical if you are on a camping trip – just look around. Find a nice, smooth stone and lubricate it with water – even if it is not dirty.

Grab the dull knife, put the edge on it at a 10-degree angle, and stroke away from you. Cover the whole surface of the blade. When done, flip it over and stroke towards you. Repeat until the knife is sharp enough for you to use.

Place the knife on the rough surface at a 10% angle and stroke away from you, flip it over, and do the same towards you. You need to cover both sides. Make sure you keep the angle.

The sandpaper is rough and makes a good sharpening choice if you do not have a sharpener nearby. It has a decent roughness, and it represents a good short term idea. The sandpaper must be placed on a solid surface, such as a piece of wood or a block. Practically, you need to improvise a sharpening stone.

The movement is a 10-degree angle, one stroke out, and another one in. Keep the angle and make sure you cover the whole edge. If you do not have a solid piece to put the sandpaper on, you can just fold the sandpaper until you get a decently sized rectangular piece. This option is a bit risky, though, as the knife could slip out and injure the hand holding the sandpaper.

The brick is yet another household item that you can use when you don’t have a sharpener for knife sharpening. It is similar to a slate. It has some rough surfaces as well. However, there is a rule to follow. The brick should be relatively smooth, but still slightly rough. If it is too rough, you will probably damage the blade. A fine grit brick will be ideal.

Just like a sharpening stone, the brick should be lubricated with water. As for the movement, you have to follow the same rules – one move out, flip, one move in. The angle is the same for most knives – 10 degrees. Cover the whole edge and stick to the angle throughout the movement. 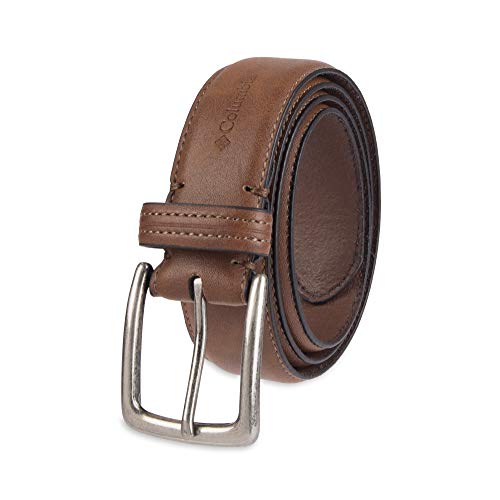 The leather belt for sharpening a knife is a classic. You have probably seen this technique employed in movies and documentaries – barbers rely on it quite often. Any leather strap will work in the process. You can do it if your knife is already sharp too. It is nothing but pure maintenance.

Obviously, the rougher the leather belt is, the better. After all, it can never be rough enough to damage the blade, so you are alright. Stick to an old belt, rather than an expensive new belt.

The belt should go on a solid surface, such as a table or a piece of wood. You can also attach one end to something solid and drag it so it stays straight. However, having a solid surface will provide better results. The knife should go at 10 degrees – drag it on the belt, lift it and drag it again in the other direction. Repeat until it is sharp enough.

The shovel works like another knife. You are supposed to use the footrest – the top part of the blade. It is thicker than the rest and slightly rough. The harder the metal, the better. For instance, stainless steel is better than aluminum. Titanium is even better.

Employ the same technique as for any other idea – maintain a 10-degree angle that will work with most knives, stroke away from you, flip over, and stroke towards you. Cover the whole blade and retain the angle during the movement.

Whether you find yourself in the middle of nowhere during a camping trip or you simply need a sharp knife for your house, not having a sharpener is not the end of the world. You can always find one of the things mentioned above around your household or the camping area.

A shovel, brick, or another knife will never work as well as a proper knife sharpener. A specifically built tool will do the job better than anything else – be it manual or electric. It is safe, convenient, and efficient.

However, unexpected situations arise when least expected, so there are moments when you have to improvise. You just need a relatively rough surface, a little attention, a 10-degree angle, and equal amounts of strokes for each side of your dull knife. ​​