Most knife owners look for how to sharpen a knife. However, this post is for those who wish to know how to dull a knife. Thinking about how to do so might sound weird at first but dull blades have their distinct uses such as digging up stubborn weeds or spreading jam on a piece of bread.

This is why it is rational to look for how to dull a blade. It is a fact that the blades of knives tend to lose their sharpness with time. If you use your knife frequently, it will finally lose its edge.

Meanwhile, if you know some simple ways, the blade will get dull more quickly than the natural process. Yes, these ways accelerate the natural dulling process to transform a sharp edge into a dull one. Let’s explore them.

Contents hide
1) 5 Ways to Dull a Knife
1.1) Use Heavily and Stop Sharpening It
1.2) Stop Using Your Cutting Board
1.3) Use Sharpening Stone at a Higher Angle
1.4) Wash Your Knife in a Dishwasher
1.5) Put Sandpaper to Use
1.6) Cut Things that Your Knife Should Not Be Cutting
2) Conclusion

5 Ways to Dull a Knife

Use  Heavily and Stop Sharpening It

This is the easiest way to dull your knife. Make heavy use of it in your kitchen or garage and do not sharpen the blade at all. The edge will become duller and duller with time.

Stop Using Your Cutting Board 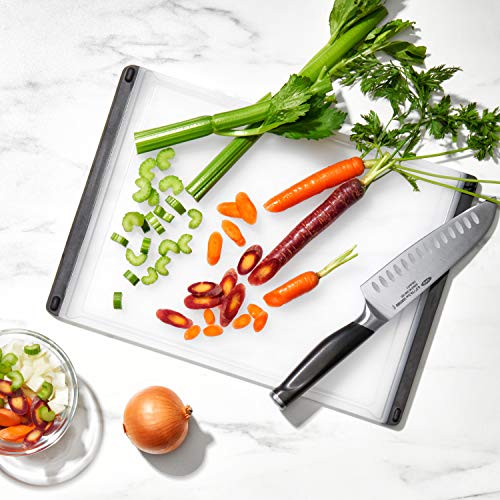 Not using the right cutting board is one of the biggest mistakes that kitchen users and cooks tend to make. Due to this mistake, both the blade and kitchen counter are damaged.

In the absence of a cutting board, the knife comes into contact with the counter’s hard surface due to which it folds. As a result, the blade takes no time in getting dull.

Use Sharpening Stone at a Higher Angle 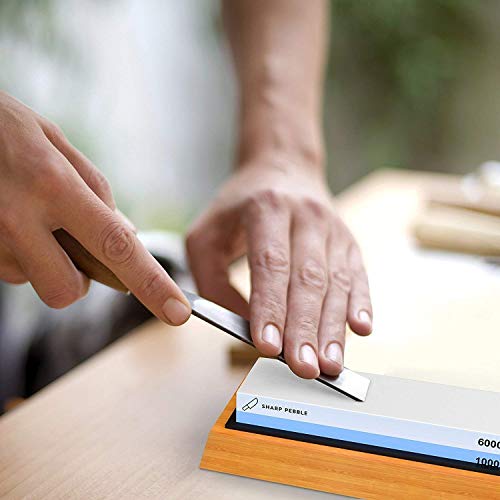 Sharpening stone for dulling a knife? Yes, you read it right! The same sharpening stone that was otherwise used for sharpening the edge can now help you in making it blunt. How? Well, just use it in the wrong way.

For purposely making a blade blunt, just make a stroke at an angle that is unsuitable for your knife. You may have used a suitable angle for sharpening the blade as suggested by the manufacture. Just try sharpening at a higher angle to dull it.

It could be highly enticing to strike the edge flat against the surface of the stone. Although this can easily dull the edge, it is dangerous. Doing so is likely to harm the knife by chipping it.

For making your knife blunt more safely, consider rounding the edge rather than flattening it. Further, make a stroke at a high angle for dulling the blade without harming it.

Wash Your Knife in a Dishwasher 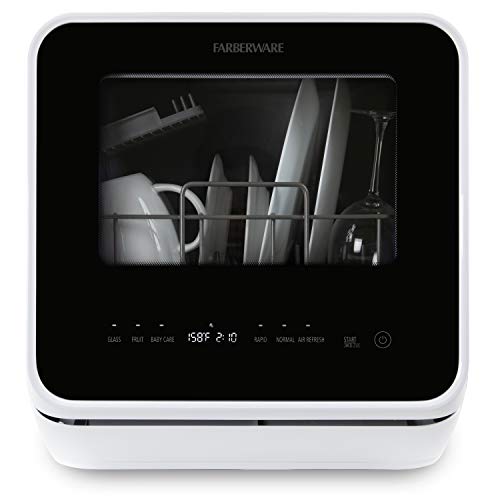 This technique will work only for those knives that are not meant to be washed in a dishwasher. As a fact, most knives belong to this category. Thus, to maintain them well, you should never put them into a dishwasher.

However, if you want a knife to go dull without much effort, just put it into a dishwasher. Inside, the hot water is likely to harm the steel material due to which it can lose its edge.

What you also need to know is that a dishwasher is also likely to harm the handle of a knife as well as cause the knife to rust quickly. Even stainless steel shall show this sign once you begin to place it in a dishwasher. Thus, it is highly recommended to clean knives by hand.

Put Sandpaper to Use 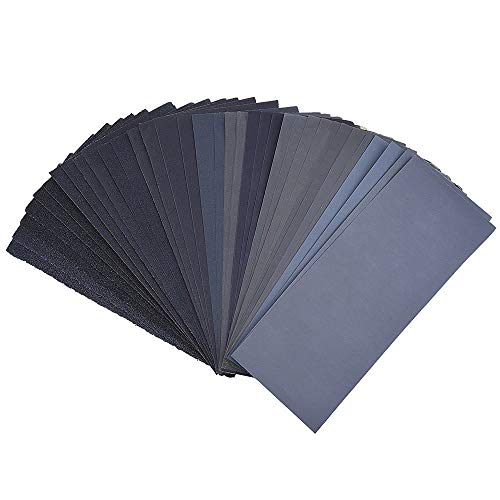 Devices such as belt sanders use sandpapers for sharpening knife blades. Well, did you know that the same sandpaper can also help you blunt the blade of your knife? Even here, the aim is to round the edge of the blade. This is easily done using sandpaper.

While doing so, you have complete control over the edge’s shape. When it becomes too flat or is too sharp, it is easy for you to round it. While using sandpaper, it is important to ensure that you focus only on the blade’s edge.

This is because if you sand the knife’s body, it will end up giving a damaged look. There will be scratches and the overall appearance will be awful.

Overall, you need to be extremely careful while using sandpaper to dull the edge of a blade. This is because if the edge that needs to be blunt is sharp, it can easily cut the sandpaper and harm you.

Cut Things that Your Knife Should Not Be Cutting

One of the most common precautions to take while using a knife is not to use it against things for which it is not meant to cut. This is why nobody will use a kitchen knife for cutting wood or rope. If you do use it, then the blade will dull quickly.

However, if your purpose is to dull it, then this precaution should not be followed. Go ahead and use your knife safely on hard materials such as wood. Yes, use it ‘safely’, as this way of making your knife blunt is not a controlled one. This triggers a probability of damaging your blade. After all, who wants a chipped blade?

Thus, this is not an ideal way to blunt your blade. Use it as a last resort when no other way seems to be possible for you.

Making the blade of your knife dull may sound bizarre but a blunt knife has its uses in the kitchen, lawn, and garage. Thus, blunting an edge is a skill. However, you need to use a safe and easy technique to do so. Just following a few mistakes that beginners make for sharpening the knife can do the job for you.