(This site is reader-supported. When you buy something using retail links on our articles, we may earn a small commission.)

If you are on a tight budget and have been looking for knives for use in the kitchen and outdoor applications, chances are high for you to have come across 7Cr17MoV stainless steel knives. It is a low-end steel type that is one of the most affordable build materials for knives.

One of the main reasons is that it is made in China. Not all Chinese steels are cheap in terms of performance. Even esteemed brands such as Gerber make knives using this Chinese steel. 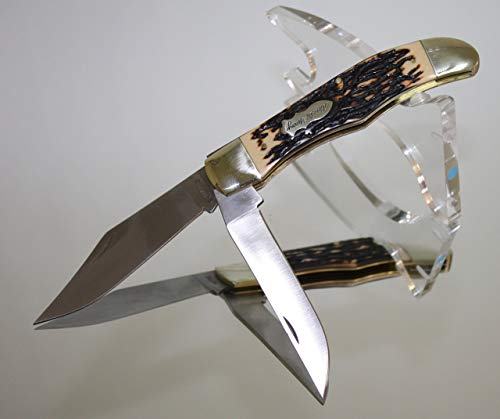 7Cr17MoV refers to a type of Chinese stainless steel that is an extremely economical option for those who are unwilling to overspend. It is considered an upgraded version of 440A and contains more vanadium for improved toughness and strength. This steel is widely used in making survival knives.

Primarily, the Chinese steel producers altered the chemical composition of the 440A steel revered for its ideal mix of affordability, wear resistance, and edge retention. Its only limitation is that it is not as resistant to rust or corrosion as a few knife users may expect.

Thus, these developers worked on this steel’s composition to improve the hardness level by adding vanadium and other elements. This resulted in 7Cr17MoV steel that overcomes the limitation of corrosion resistance of 440A.

It is a versatile steel option. Thus, it is used in making not only survivalist knives for the first responders in an emergency but also EDC and kitchen knives. It is also used in making cleavers and bigger chef knives.

The steel belongs to the category of mid-range steel varieties. Thus, it is softer than the high-end versions but is still durable due to additional elements in it. 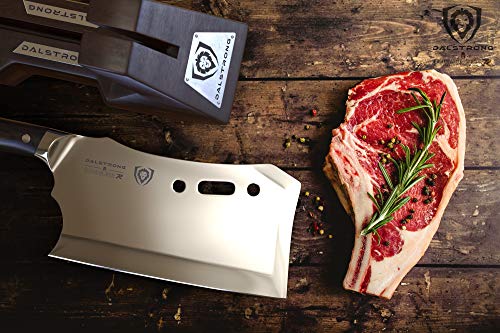 The 7Cr17MoV steel is reasonably hard due to the amount of carbon content. Thus, it is also not too brittle, which otherwise is the main drawback of hard steel. On average, the hardness rating of this steel is between 55 and 57 HRC, which is modest. However, a few makers use some heat treatments to increase the hardness rating to 60.

The rating of 60 is considered as a high level according to the Rockwell hardness chart. Such a level is attainable due to the high amounts of chromium, vanadium, and carbon. The hardness range makes it a reliable material for making blades for tough outdoor activities.

The chemical composition of this steel governs its properties. Following are its most significant properties that you can expect from a knife made of a good quality 7Cr17MoV steel: 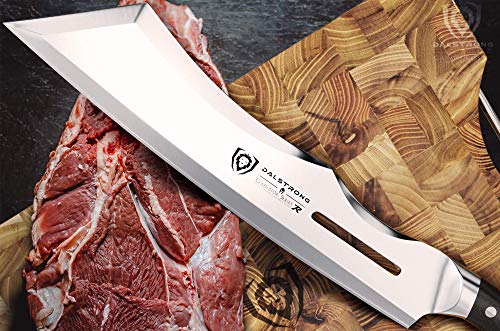 7Cr17MoV is an upgraded form of 440A with a close chemical composition. Both are low-end stainless-steel variants with superb corrosion resistance and decent ease of sharpness. However, it is harder than the softer 440A for better edge retention as well as better corrosion resistance.

By their names, both tend to look quite similar in terms of composition. However, it can be seen that 8Cr13MoV contains more carbon, due to which its ability to sustain a sharp edge is relatively better. On the other hand, 7Cr17MoV is known for its ability to get sharpened more easily. The main difference here is in terms of corrosion resistance. Due to more chromium, the former has a better ability to resist corrosion resistance than 8Cr13MoV.

Again, both these steels belong to the same CrMoV family of steels. However, the differences lie in their names. Due to less carbon as well as chromium content, 5Cr15MoV is neither as hard nor as resistant to corrosion as 7Cr17MoV.

9Cr18MoV, due to more carbon as well as chromium content, is less hard but tougher. Thus, its ability to sustain a sharp edge is better than 7Cr17MoV. However, sharpening its edge is more difficult than that of 7Cr17MoV. Both steels rank closely when it comes to corrosion resistance.

7Cr17MoV is a type of stainless steel having more amount of carbon for ensuring a higher level of hardness. The 420HC steel has a low hardness rating of 55, due to which the edge retention ability is not as good as 7Cr17MoV. Both are affordable steel options.

The latter is a high-end steel variant, due to which it is costlier than the affordable 7Cr17MoV steel. However, it is also quite harder and retains the edge for a longer period. At the same time, it is more difficult to sharpen. Furthermore, D2 has less chromium (13%) than 7Cr17MoV, hence lesser resistance to corrosion.

So, is 7Cr17MoV Stainless Steel Good for Your Knives?

Yes, it is an ideal choice for your knife, particularly if you are on a limited budget. If you are looking for good hardness and great corrosion resistance properties, 7Cr17MoV steel could be a great choice for a kitchen knife. If you want a survival knife made of it, ensure that you have a sharpener with you, as it gets dull fast.

Do not think it is a poor option just because it is made in China. People are using it and finding it an affordable option whose performance is comparable to a few premium steel types.