Sandvik 14C28N Stainless Steel: Is it a Good Knife Steel ?

If you have gone through some popular knives, chances are high for you to spot Sandvik 14C28N steel. It is among the steel options of the highest value for money, as it accomplishes hardness without squeezing the veracity of its microstructure. The Sandvik steel is used by all upscale knife makers and even custom knife makers. In this post, let’s find out how good this steel option can be for your knives. 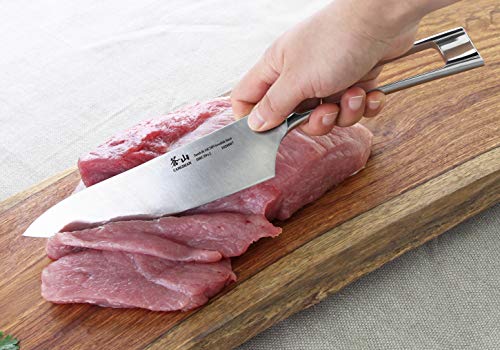 14C28N is a type of stainless steel that is manufactured by the Sandvik group, a Swedish brand. This brand is admired by all knife fans across the globe for its high-quality metallic items. Its 14C28N steel is referred to as non-powder metal made specifically for knife blades.

The steep option was born due to the initiative of Sandvik’s engineers to come up with an upgrade of 13C26, a type of stainless steel used for making shaving razors. They wanted this upgraded version to be more resistant to corrosion. For this purpose, more chromium was utilized to make this steel.

Unlike most steels that have carbon for increasing hardness, this one uses nitrogen for the same as well as for discarding rusting and corrosion.

The 14C28N Sandvik steel contains a high amount of chromium. It has the highest percentage of the total composition due to which this material qualifies as stainless steel. The second most profuse ingredient is carbon. This composition sets this steel apart from other types of steel. It was incorporated with just one goal, resistance to rust as well as corrosion. Following are the various elements of which this steel is made up of:

The hardness level of 14C28N relies significantly on the manufacturing process, especially its heat treatment. Usually, the HRC rating ranges from 55 to 62. As most knives for kitchen use have a hardness rating between 52 and 60, this steel is considered harder than normal. It is also typically harder than an everyday pocket knife whose hardness is usually between 57 and 59.

However, the hardness range of the steel makes it quite versatile. You can find different knives made using this steel, such as chef and pocket.

There are even harder steels but they are also more brittle to chip easily. Thus, this steel is an ideal choice for several knife users. 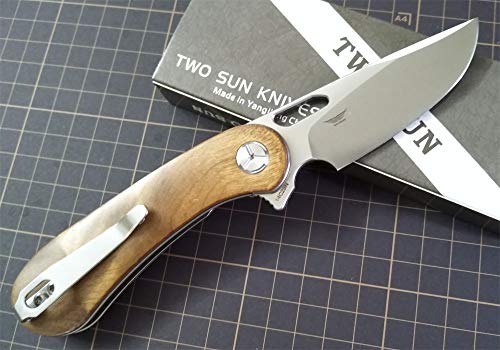 Comparison with Other Knife Steel Options

The comparison is based on ease of sharpness, corrosion resistance, toughness, and edge retention. Let’s compare and see how this steel fares. D2 has a better edge retention ability. 14C28N is easier to sharpen. Both have the same level of toughness and corrosion resistance. VG-10 has a better ability to retain the edge and corrosion resistance but lower toughness than the former. The ease of sharpness is the same for both. The latter has lower resistance to corrosion as well as the ability to retain the edge than the former. Although toughness is the same, it is easier to sharpen the 8Cr13MoV blade.

The former retains the edge better. However, you can sharpen an AUS 8 blade more easily as well as quickly. The former is better at corrosion resistance. Both are relatively easy to sharpen and retain the edge almost the same.

The latter has a bit lower resistance to corrosion as well as edge retention than 14C28N. However, it is easier to sharpen than the latter.

These quick comparisons convey that there are no significant justifications that make 14C28N inferior to any steel option covered.

Here are a few good knives made of Sandvik 14C28N steel.

Sandvik 14C28N has high toughness, above average corrosion resistance, and decent edge retention. It is a very affordable steel and is considered by many as the best budget steel for knives.